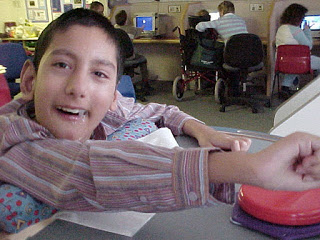 Many commercial switch training software programs feature a ‘switch building’ level where the learner is required to press the switch a number of times in order to ‘build’ either a pattern, picture or scene. With each press of the switch, another part of the image is ‘built’ until at the last press in the sequence the complete image is revealed and usually animated as a reward. Sequences often require three, five or more switch presses before the animation sequence is played. Learners moving from cause and effect activities often start switch building at three presses and move on to more as they make progress.

Is the student really making progress if they’re learning to hit a switch over and over again? By that maxim, I’ve worked with some switch skills geniuses. You know the students I’m talking about, the ones who sit there and bang or tap the switch continually… again and again and again like they’re beating out the bass line of 100bpm house music. Surely that can’t be right. Is a student who can press a switch six times in a row more advanced than one who can only press it only three?

Switch ‘building’ is a misnomer. At this level our aim for the student is to learn to press the switch a number of times to complete a simple sequence noticing the changes at each step. 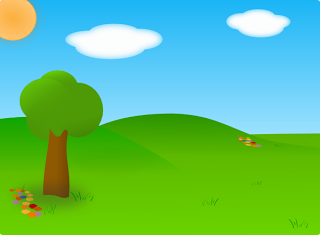 The example illustrates that the skill here is not that the child can press the switch four times, rather it’s that the child notices that something has changed on the screen with each press of the switch. We help the child notice the changes by pointing them out… talking about what is happening on the screen. Here’s another example this time a story created in SwitchIt! Maker about a trip to the seaside with your class using your photos and a video clip of a funfair. Here’s how the activity might play out… 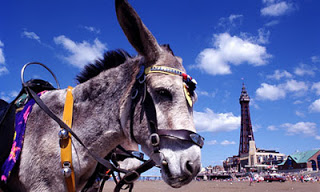 Both of these examples illustrate a meaningful and age appropriate method of teaching the ‘switch building’ skill. Contrast that against some software which will have your students building pictures from parts of pictures. 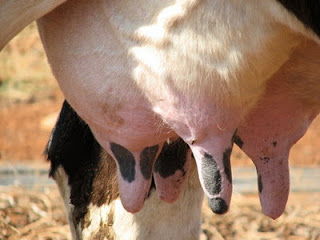 How many of our students working at low levels of cognition would be able to identify a picture from parts of a picture? It gets worse; some software uses patterns in switch building. 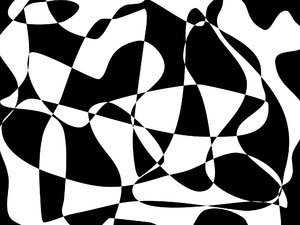 You get the picture? Most of our students don’t and because they don’t really understand what’s happening they quickly learn that if they bash the switch repeatedly, the reward will play. This is counter-productive and keeps them firmly at the cause and effect; ‘make something happen’ stage except now they are tapping a switch repeatedly to get the reward. Switch building is an important stage in the development of switch skills which teaches some important concepts. With a little thought and a smattering of creativity it can be a lot of fun too!