I had a lovely day yesterday. I spent it in the company of five colleagues from a special school in the Midlands who had asked me to work with them to develop their use of switches in school. This was a good school where ICT is used in a way which was meaningful and appropriate to the needs of their students and where possible, embedded in their lessons. We spent the morning session talking about processes… how the students used switches, what constituted success at each stage and how we might assess and record progress across the school. In the afternoon we put our work into practice by doing baseline assessments on some of their pupils. 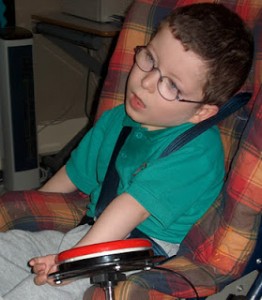 I’ve done this so many times over the years, I know what to expect. Teachers always bring their most complex students. You know them… the student with CP for whom you have never found a consistent switch position. The student with severe autism who can’t attend to anything for more a couple of seconds and students like ‘Bill’ who I met yesterday. Bill is not his real name but that doesn’t matter. Bill is typical of that group of students who show no interest in technology or much else for that matter. They don’t explore the things we give them, they don’t initiate and they seem to spend their day sitting in a wheelchair waiting for that moment when somebody comes and interacts with them. Bill’s teacher describes him as a ‘people person’.

In situations like this I’m always careful to manage expectations. I don’t have a magic wand or special powers that can fix the problem. I apply an analytical approach, finding out as much as I can about what motivates the student, reviewing what the school has already done and offering suggestions for things the school might try. For some students, that’s confirming what the school already knows… that they have tried everything and for that student, at this moment in time, technology is not an appropriate tool.

I remember vividly a short while ago an ICT teacher in a special school voicing his frustrations at spending every session for almost a year trying to identify a switch position for a student with severe CP. He’d tried every kind of switch in every position and nothing had worked. I asked him a question. “Outside of ICT, how does the student interact with people?” He told me that the student was very good at eye pointing and he was doing really well with an E-Tran frame. 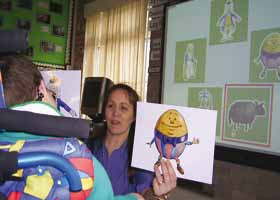 “Why don’t you use that?” I said. “Is it really necessary that the student actually presses the switch himself, if he’s able to show you what he wants? Couldn’t someone help him with that part?” I could see his mind racing exploring the possibilities. So that’s what they did. The student indicated his choice by eye pointing and a TA pressed the switch for him. The result was a more engaged student who was now making progress and teacher who could go home at night not feeling guilty that he was ‘failing’ one of his students. I heard just recently that the school have bought an eye gaze system and the student can now access most things on the computer completely independently.

Anyway, back to Bill. His teacher told me that he doesn’t really use switches. They had tried a Big Mack to say ‘good morning’ and used some cause and effect software with him but he showed no interest in either. He occasionally moved his hand to the switch but never pressed it himself. At which point in the conversation, one of the colleagues in the room sneezed. Not a genteel sniffle but a full on, window rattling explosive sneeze. Bill’s face lit up and he started to chuckle. I asked her to sneeze again and in true pantomime style she did… “Ah… Ah… Ah… CHOOOOOOO” and Bill laughed so hard his wheelchair was rocking. Within seconds we had a sneeze recorded on a Big Mack and presented it to Bill and much to the amazement of the teachers in the room, his hand reached out and pressed the switch… again and again to watch his teacher almost fall off her chair rein acting the sneeze in that pantomime style that special school staff are so good at. Ideas started to flow. What else could we put on the Big Mack that Bill might respond to? Someone suggested “One… Two… Three… TICKLE” Billy pressed the switch and got tickled. He loved it! 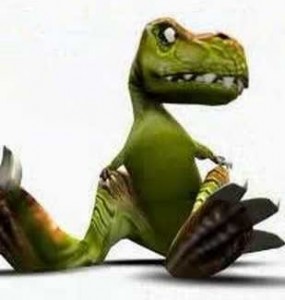 Our session with Billy illustrates an important point that we need to consider when we are using switches with students who have complex needs. It’s not enough to simply provide a switch; we also have to provide a reason for pressing it. For some students, that may be the music and images generated by software or the colourful movement and vibration provided by a bubble tube. For others, like Billy it’s something else. They may press the switch to start the dancing hippo or farting dinosaur activity but they are not interested in that. What interests and motivates them to use the switch is YOUR reaction to what they have done. They don’t want to see the hippo dance, they press the switch to watch YOU dance. Many of the students I have seen using the Farting Dinosaurs activity I created at Priory Woods couldn’t possibly process and understand the subtleties of the animation. They press the switch to see the funny faces YOU pull at those smelly dinosaurs. The reward they seek from using the switch is YOUR reaction to what they have created.

When I left the school yesterday they had a long list of ideas they had come up with to engage Billy with switches. They had also remembered that our knowledge of the student informs our choice of technology and how we use it. They identified what motivates Billy and provided him with a mechanism to initiate it himself. We all knew that Billy had taken an important first step to understanding how a switch will help him interact with his environment on those in it.

Billy was learning how a switch will help him to communicate.